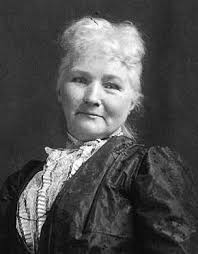 Social Warrior for the Poor In 1914, Mary Harris-Jones, the social activist and reformer known as Mother Jones, was arrested in Colorado for her involvement in the southern Colorado coal mine strikes. She was held in a mental hospital in Walsenburg for two months then moved to a basement prison for three weeks before she was finally released. Mother Jones was nearly eighty years old at the time, and it was not her first arrest. During her long career as an activist, Jones spent a great deal of time in jail, but it did not dissuade her from her cause. Jones believed in the rights of workers and their families to live safely and in freedom. She focused her efforts on the plight of the working class poor, on workers whose wages were so low they could barely afford to house and feed their families and women and children who were left destitute and homeless when a working man died. She tried to organize children and miners so they could fight for safer working conditions and reasonable working hours during a time when children worked fifteen or more hours a day. She was once called “the greatest woman agitator of our times.” She was also called the “most dangerous woman in America.” She was often imprisoned simply for having the audacity to protest on behalf of the oppressed, and she spent her time in prison with pride.

Mary Harris-Jones was the daughter of Irish Roman Catholic tenant farmers. Her grandfather was hanged as an Irish freedom fighter and her family escaped to America in the 1830s. They soon moved to Michigan where Jones was educated and trained as a teacher. She moved to Tennessee in 1862 and married a member of the Iron Workers Union, George Jones. Jones taught his wife the importance of unions and the positive aspects of uniting workers.

Five years later a yellow fever epidemic ravaged the state of Tennessee. While she tried desperately to nurse her husband and children on her own, Jones noticed that few, if any, of the wealthy families were sick because they had the means to leave the area when the epidemic first reached their town and if they remained, they had the means to pay for health care. This distressed Jones, who was surrounded by the sick and dying, but she continued to nurse her family. In spite of her efforts, Jones lost her husband and all four of their children to the dreadful disease. Instead of wasting away in her pain and loss, she applied for a permit to nurse the remaining sufferers and as the epidemic raged on she stayed by the sides of the poor and destitute, helping in any way she could.

In an attempt to recover from the devastating loss of her beloved family, Jones moved to Chicago and started a new career as a dressmaker. In her autobiography, she explained that she spent a great deal of time sitting in the homes of the wealthy sewing expensive clothing while at the same time staring out the windows at the barely-clothed children of the working class poor who were begging on the streets. She lost her home, business, and all of her possessions in 1871 during the Great Chicago Fire and took refuge in St. Mary’s Church, one of the few surviving buildings. The Knights of Labor held its meetings in another building that survived nearby. Jones eventually decided to travel with the Knights of Labor and vowed to dedicate her life to helping the working class poor organize their fight for better pay and safer working conditions.

For many years Mother Jones worked in silence and anonymity alongside other social activists, traveling around the country, watching and learning about social protest and the most effective ways to bring about change. “My address is like my shoes,” she explained. “It travels with me. I abide where there is a fight against wrong.” During this time she also perfected her public speaking skills. The brother of Mary Jones, Father William Richard Harris, was a Roman Catholic teacher, writer, and pastor in Toronto, Canada where the family lived when Jones was a child. Jones learned from her brother’s fiery orations how to hold the attentions of the masses with inspiring speeches. She kept her voice steady, using logic and persuasion, and once she had the full attention of her audience, her voice grew deep and haunting.

In 1877, Mother Jones participated in her first major strike with the railroad workers. The strike started in Martinsburg, West Virginia, and as the news of these protests traveled through the country, strikes sparked up in Pennsylvania and Illinois, and involved coal miners, as well. These strikes were successful in that they opened the eyes of the public to the plight of the working class poor, but they inspired Mother Jones to continue working with efforts to establish trade unions. She joined socialist organizations and in the 1890s started writing for the International Socialist Review and signing her name “Mother Jones.” She then led a series of marches by women in support of their striking husbands. In 1901 she focused on the plight of women workers and helped organize a strike of miner’s daughters working as silk weavers. She also assisted in forming a union of domestic servants.

In 1903, Mother Jones persuaded the children who worked in mills and mines to march from Pennsylvania to New York protesting the lack of child labor laws. She then joined forces with the United Mine Workers of America in organizing America’s coal miners. She was fearless in her criticism of mining companies, and equally critical of their churches for encouraging miners to sacrifice their own safety in order to show obedience to their employers. She also criticized these same churches for sending their funds overseas instead of helping the working class poor and destitute families in America, but she steadfastly maintained that the work she did in organizing miners and their families was “God’s work.”

She continued her work with the miners until her death in 1930, and although it took years for changes to be made, Jones did live long enough to see laws regulating safety for miners and restricting child labor enacted and enforced across the country. At her request, she was buried in the Union Miners Cemetery in Mount Olive, Illinois, alongside the men who died during the strikes, the men she referred to as “my boys.”

Darla Sue Dollman is a freelance writer with fifteen years experience as a journalist and numerous short works of fiction available online and in print. She spends a tremendous amount of time exploring the historical sites of Texas, New Mexico and Colorado while visiting her children and grandchildren. She loves reading and writing about history and most of her fiction stories are based on historical events.